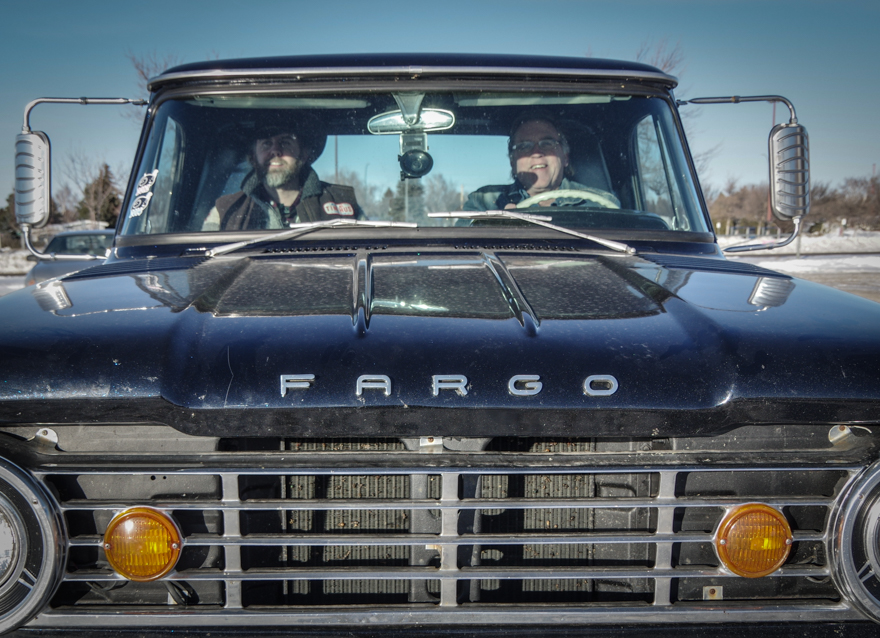 I’ve interviewed Tim Hus on a number of occasions over the years and he is a true Canadian cowboy country singer. He’s traveled across Canada countless times and simply loves to play everywhere. In fact as you’ll hear, he’d love to be the first performer to have played every small town in Canada. He may well be on the way to doing that. Along with having an innate ability to capture Canadiana in his songs, Tim is just a great guy. I’ve always enjoyed any conversations on or off camera. When he agreed to do Cool Cars, Interesting People he asked if we could find him a Fargo Pickup. Challenge accepted.

After a number of phone calls I was able to connect with Wayne Anderson who just sold his 1966 Fargo to his pal Leroy Poelman in Fort Macleod. They would bring the truck to Lethbridge for us.

When Tim showed up for the interview he was on crutches and wearing a medical boot. Last year while helping a friend work on his house he fell through the roof and shattered his heel. Good thing Tim’s a singer, not a dancer.